This report serves notice to donors, Governments and the population of the Dniester River Basin of the very significant risks arising from the Agreement of the functioning of Dniester hydropower complex presently being negotiated between Moldova and Ukraine. The intention of the report’s author is to raise awareness and trigger discussions on a roadmap for preventing the potentially catastrophic impacts of the aforementioned Agreement.

The Dniester is one of the most significant rivers in Europe, with a length of 1362 km and a catchment area of 72000 km2. Half of this length or 652 km (Middle and Lower Dniester) lies within the Republic of Moldova while the remainder crosses the densely populated areas of Western and South Western Ukraine. In total around 8 million people. Up to 4 million people, mostly from Moldova and the Ukrainian city of Odessa, use the water from the Dniester.

From 1958 the Dniester has been modified by a number of large hydropower dams and reservoirs. Most of these facilities are located in Ukraine through the so called ‘Dniester hydropower complex’. The complex was initiated back in the 1970s and is still subject to expansion. 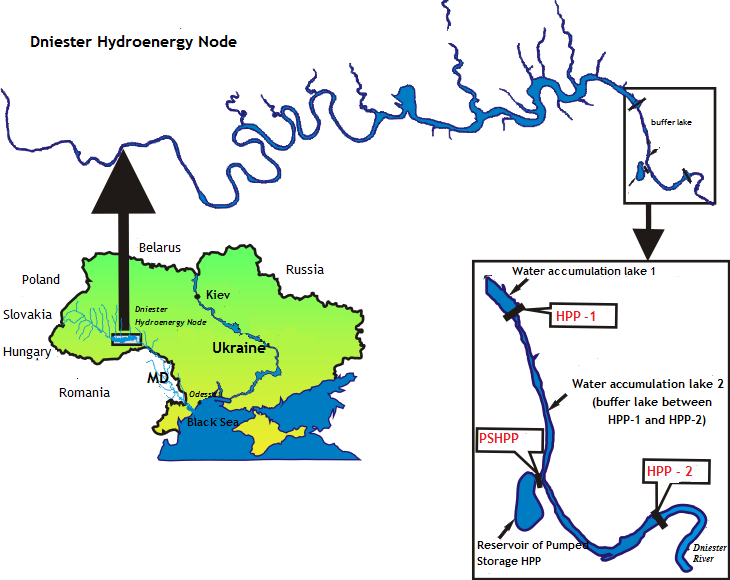 As of 2016 the Ukrainian Government plans to build by 2026 an additional cascade of six hydropower plants. 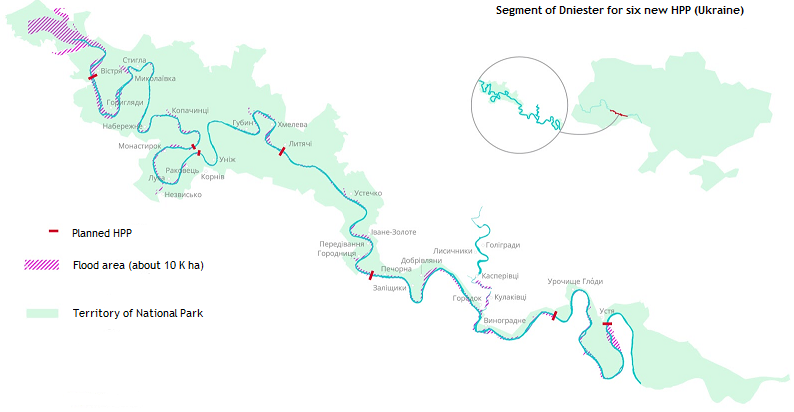 The existing and planned new hydroelectric infrastructure is purported to enhance energy security, decarbonize the energy system and solve the peak demand issues of the power system of Ukraine. However a detailed consideration of the impacts to date of the Dniester hydropower complex, its expansion and the incremental impacts of the new facilities reveals a “clean energy” scenario that threatens to trigger:

These risks are presently being legitimized and institutionalized through the negotiations between the Moldavian and Ukrainian Governments for concluding an Agreement of the functioning of Dniester hydropower complex. These negotiations are completely non-transparent, blatantly circumvent environmental legislation of the EU and principles of good practice in the Energy Community, and lack key safeguards for maintaining the ecosystem of Dniester and the right to clean water (UN Resolution 64/292 of 28 July 2010) of 4 million people.

Moldova risks to become a unique case of a 21st century European country where it would be possible to silt the sixth river of Europe by size, producing a humanitarian catastrophe with hundreds of thousands of refugees and without a single bomb falling into the territory of the latter. Such an anti-utopian scenario seems increasingly real with a Government of Moldova that destroys its own country at a daunting speed, with an unexplained silence of donors and development partners that equals to their co-participation in such a catastrophe, with a population unconscious of the disaster that will follow, and with an extremely sleepy mass-media.