How and why should the Governments of Moldova and Ukraine suspend and amend the Strategic Action Program for the Dniester River Basin for the years 2021-2035?

How and why should the Governments of Moldova and Ukraine suspend and amend the Strategic Action Program for the Dniester River Basin for the years 2021-2035? 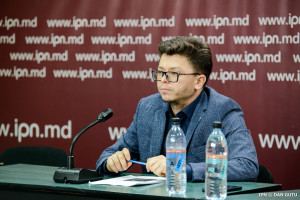 On March 31, 2021, the Strategic Action Program for the Dniester River Basin for 2021-2035 was signed. The signature of this document was announced by the Ukrainian Deputy Minister of Environment Mihailo Horev via Facebook and countersigned by the Secretary of State on Environmental Issues in the Republic of Moldova, Ghenadie Iurco.

Although such a Basin Program was necessary, as it is a common practice in the governance of river basins at the European level, especially after the European Parliament voted the Water Framework Directive 2000/60/EC,  signing the Program focused on Dniester River was made in a hurry, with many shortcomings and inconsistencies that will cost Moldova high social and economic consequences, if this document is not suspended and amended in the near future.

The signing of such a document should be a good lesson for the diplomacy of Moldova and for the Government on how such Programs should not be negotiated and validated, taking into account the strategic stake of the Dniester for Moldovan economy, inhabitants and ecosystems. Metaphorically speaking, the Dniester River is the “backbone” of the Republic of Moldova, which became more than an ecological issue in the past years, but a matter of national security. The document mentioned above, which sets the limits and depth of cooperation in the Dniester Hydrographic Basin, is of l importance, at least similar to the Agreement on the Dniester Hydropower Complex Agreement. The latter has been under negotiation between Moldovan and Ukrainian Governments for several years already.

A preliminary examination of this document highlights a few key issues as follows:

If the gaps mentioned above are not going to be fixed as soon as possible, the Program is set to become a failure from the very outset. The ultimate cost of these unaddressed gaps will be the continuous degradation of surface and groundwater, loss of biodiversity, damage to ecosystems and significant harm to the communities in the Dniester River Basin long before this Program ends in 2035.